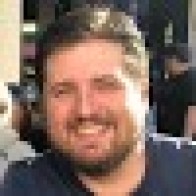 Trevor Eischen is the membership director at CalMatters. He previously worked in Washington, D.C., as the social media editor at POLITICO, where he strategized digital promotion efforts during the tumultuous 2016 election and the first year of the Trump administration. He started in the POLITICO newsroom as a web producer in 2013. A graduate of the Missouri School of Journalism, Eischen is originally from Sleepy Hollow, Illinois, where every Halloween a person dressed up as the Headless Horseman rides around a giant bonfire. In his spare time, he enjoys drinking beer, going on impromptu road trips, seeing the nation’s statehouses and being a Luxembourger.

One upside of the coronavirus shutdown, maybe? Fewer voter initiatives

In California’s battle against the coronavirus, we have a new class of superheroes

For homeless, can CA move faster than coronavirus?