Here you can find your California state Senators and Assembly members, how to contact them, committees they serve on and how they shape our lives in the Golden State. Learn more →

Who represents you in the California State Legislature?

Find your California legislators by typing your street address or searching their name.

Your state legislators are: 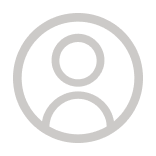 Jump to ideology
Jump to Topics

The California state Senate has 40 members each serving four-year terms. Each member represents more than 900,000 Californians.

How liberal or conservative are your legislators?

Each legislator is placed on the spectrum depending on the votes they cast in the 2019-20 session. Methodology →

Which state legislators work on the issues you care about?

Our reporters closely follow California state legislators, the causes they champion, the committees they serve on and the legislation they introduce. Here is our list of the top leaders on the state’s major issues. How we choose →

What's going on with K-12 education in California?

California has more than 6 million students attending public school from kindergarten through high school. With nearly $90 billion in state funding per year, schools are the largest category in the California budget. Current issues include teacher retention, funding issues and an achievement gap.

What's going on with higher education in California?

Read our explainer: The soul-crushing cost of college in California, explained

California’s higher education system is the largest in the nation with eight in 10 students attending one of the three public university systems: California Community Colleges, California State University or the University of California. The public system faces funding and capacity challenges.

What's going on with health in California?

California’s Medi-Cal system provides care to about 13 million Californians, roughly 30% of the state population. Covered California, the state’s version of the federal Affordable Care Act or Obamacare, has an enrollment of about 1.5 million.

What's going on with housing in California?

Read our explainer: Californians: Here’s why your housing costs are so high

California faces a housing crisis with a record in 2021 for the median price for a single-family home at more than $750,000. That is 2.5 times the national median and up 24% since the start of the COVID pandemic. Despite billions of dollars, homelessness also remains high. California’s challenge is to build far more housing units than it has in recent years.

What's going on with the environment in California?

Read our explainer: What Biden’s presidency means for California’s environment

California is a world leader on climate policies with goals to reduce harmful emissions 40% below 1990 levels by 2030, to ban the sale of new gas powered cars by 2035 and to gain 100% of energy from carbon-free sources by 2045. The state is also working to protect endangered species, maintain healthy ecosystems and adapt to climate change impacts.

What's going on with justice in California?

There are about 100,000 inmates serving in California state prisons and about another 60,000 incarcerated in county jails. Due to initiatives and state policies, that population is down from a total incarcerated population of about 256,000 in 2006. Overall crime rates in California remain low, although homicides increased in many cities in 2020.

What's going on with the state budget in California?

Read our explainer: The open secret about California taxes

California adopts a fiscal year budget that begins July 1 each year. The 2020-21 general fund budget of about $200 billion was designed to cover an estimated $54 billion deficit caused by the pandemic. With a state surplus and federal aid, the 2021-22 budget totaled $262.6 billion.

What's going on with poverty in California?

Nearly 7 million Californians, about 18% of the population, live in poverty according to the California Poverty Measure. A similar share of Californians live on the brink, meaning more than a third of the state is living in or near poverty. It is the highest rate in the nation.