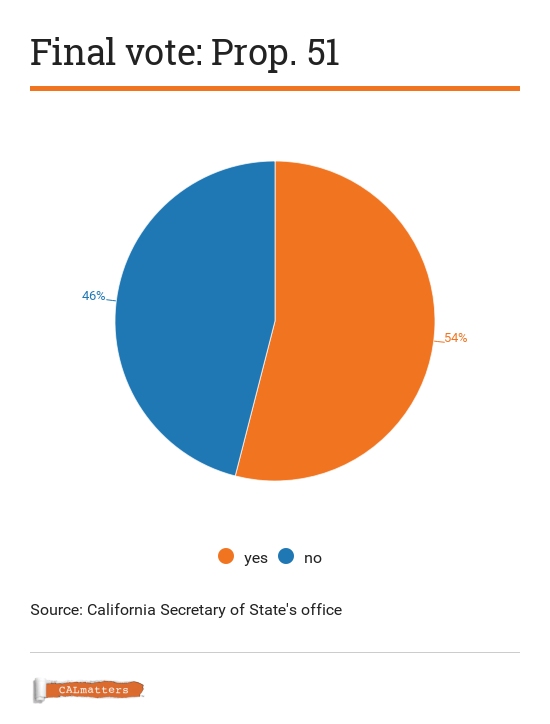 School districts pay for building new schools and updating older ones with a mix of local and state money, generally financed through bonds. It’s been a decade since California voters approved a bond measure allowing the state to borrow money for school construction. Now the state’s existing stash of school construction money is almost gone, yet local school districts report a backlog of construction projects that will cost billions to complete.

Prop. 51 authorizes $9 billion in bonds to build new schools and modernize existing ones. Most of the money would be for K-12 schools, with about $2 billion for community colleges.

Borrowing the $9 billion would cost the state an extra $8.6 billion in interest. The state would likely pay off the debt over 35 years, at a cost of about $500 million a year.

Usually school bonds land on the ballot because the Legislature puts them there. That hasn’t happened in recent years, so home builders, developers and school construction companies got together to put this measure on the ballot on their own.

Prop. 51 benefits suburban home builders without doing much to help schools in low-income communities. Bonds are expensive—costing almost as much in interest as the amount borrowed—and put the state further in debt.