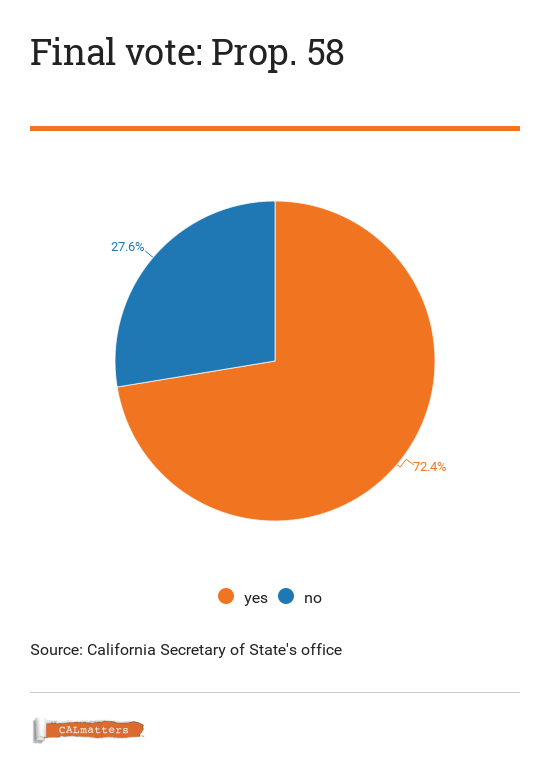 Swept up by anti-immigrant politics nearly 20 years ago, California voters approved an initiative that required school children be taught almost exclusively in English. The measure triggered anger in some immigrant communities, where it was viewed as an attack on multiculturalism. Now that the children of immigrants have assumed significant power in the state Capitol, they are calling on Californians to re-examine the decision that reduced bilingual education in public schools.

Prop. 58 would remove restrictions voters put in place in 1998 with Prop. 227. It would allow public schools to decide how to teach English learners – choosing among English-only, bilingual, or other types of programs. It would also open the door for native English speakers to learn a second language.

What would it cost thegovernment?

Prop. 58 removes decades-old barriers to student learning and allows educators to use a variety of teaching methods to help the approximately one-fifth of California students who are not native English speakers. Schools also could more easily provide programs for native English speakers in a second language, readying them for the global economy.

The current system is working, with more California Latinos gaining admission to college and universities. Prop. 58 will force children back into Spanish-only instruction, which will hinder their ability to quickly learn English and prosper as adults.

Ron Unz, chairman of English for the Children