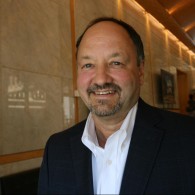 Co-Founder David Lesher is a veteran California journalist and state policy expert. He co-founded CalMatters in 2015 and led the organization as Editor/CEO until December 2018, when he continued to serve as Editor-in-Chief. Previously, he was Director of Government Affairs at the Public Policy Institute of California, a non-partisan think tank focused on state policy issues. Lesher has more than 25 years of journalism experience, largely at the Los Angeles Times where he was a political writer, state Capitol reporter and assistant national editor for the White House campaign. He also has served as Editor of California Journal magazine and as California Director for the New America Foundation.

The latest by David Lesher

Introducing a New Forum for Commentary at CALmatters

If you’re not alarmed, you should be: Who’s left to hold California’s government accountable?

The Pension Crisis: About this project

Got election questions? CalMatters has answers

California legislators should take a breath on housing ‘crisis.’ Looking at you, Scott Wiener