How did California define itself in 2016?

As the state girding itself to mastermind the progressive resistance against a looming Trump administration? The state struggling to take the global lead in a daunting quest to halt global climate change? The state saddled with unfunded liabilities to pay off generous public employee pensions, and riddled with glaring gaps between the haves and the have-nots?

These are the questions CALmatters explored throughout the year, examining why and how state policy and politics matter in the lives of Californians. Before the year slips into the rear-view mirror, a review of some of those stories—and why they’ll matter in 2017: 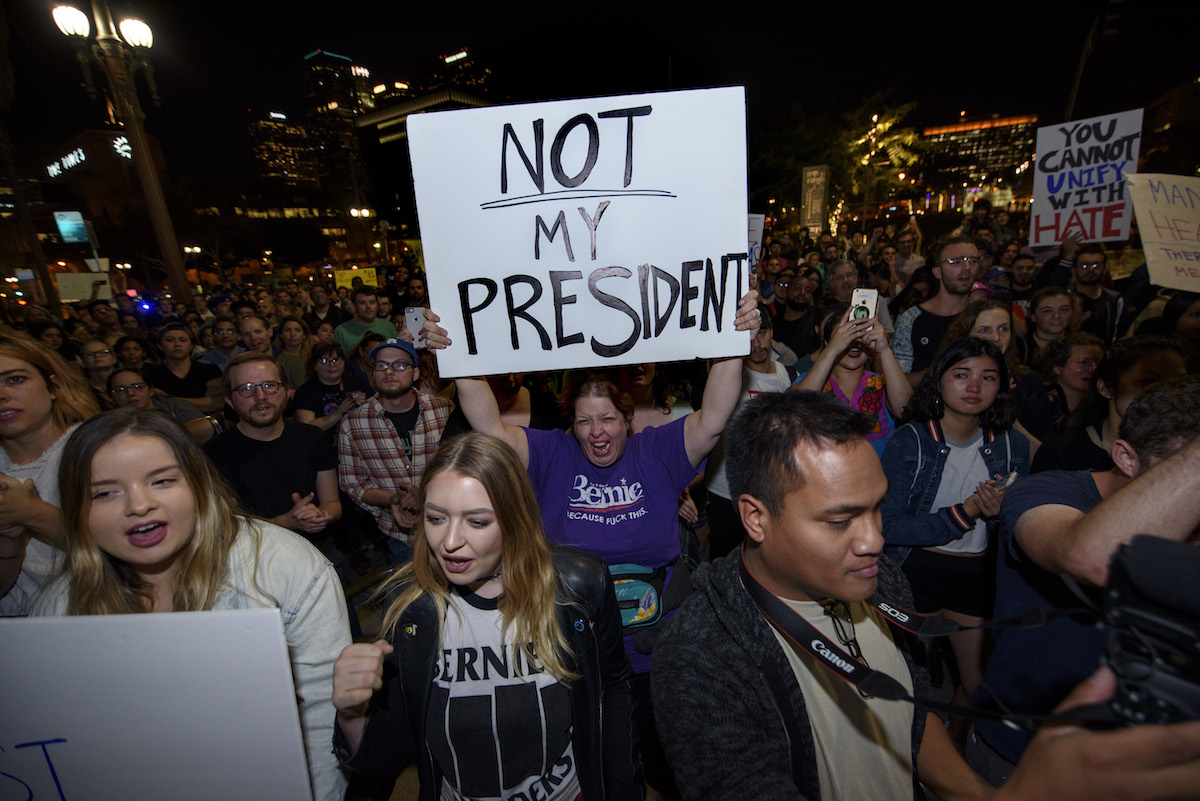 As a state bluer than Lake Tahoe in sunlight, California has adopted a slew of progressive policies that drive Donald Trump nuts. They combat climate change, protect undocumented immigrants, evangelize for Obamacare and more. So as candidate Trump morphed into President-elect Trump, protesters hit the streets, the hashtag #Calexit spiked with residents semi-seriously advocating U.S. secession, and state policy-makers scrambled to identify state programs in jeopardy of being unfunded, undercut or utterly undone. Read more:

Although the governor touted it as the “biggest rollback to public pension benefits in the history of California,” the package of modest changes he signed into law in 2012 has done little to slow the growth of public pension retirement costs. In fact, the state’s annual bill for retirement obligations is expected to reach $11 billion by the time Brown leaves office in January 2019—nearly double what it was eight years earlier. Read more: 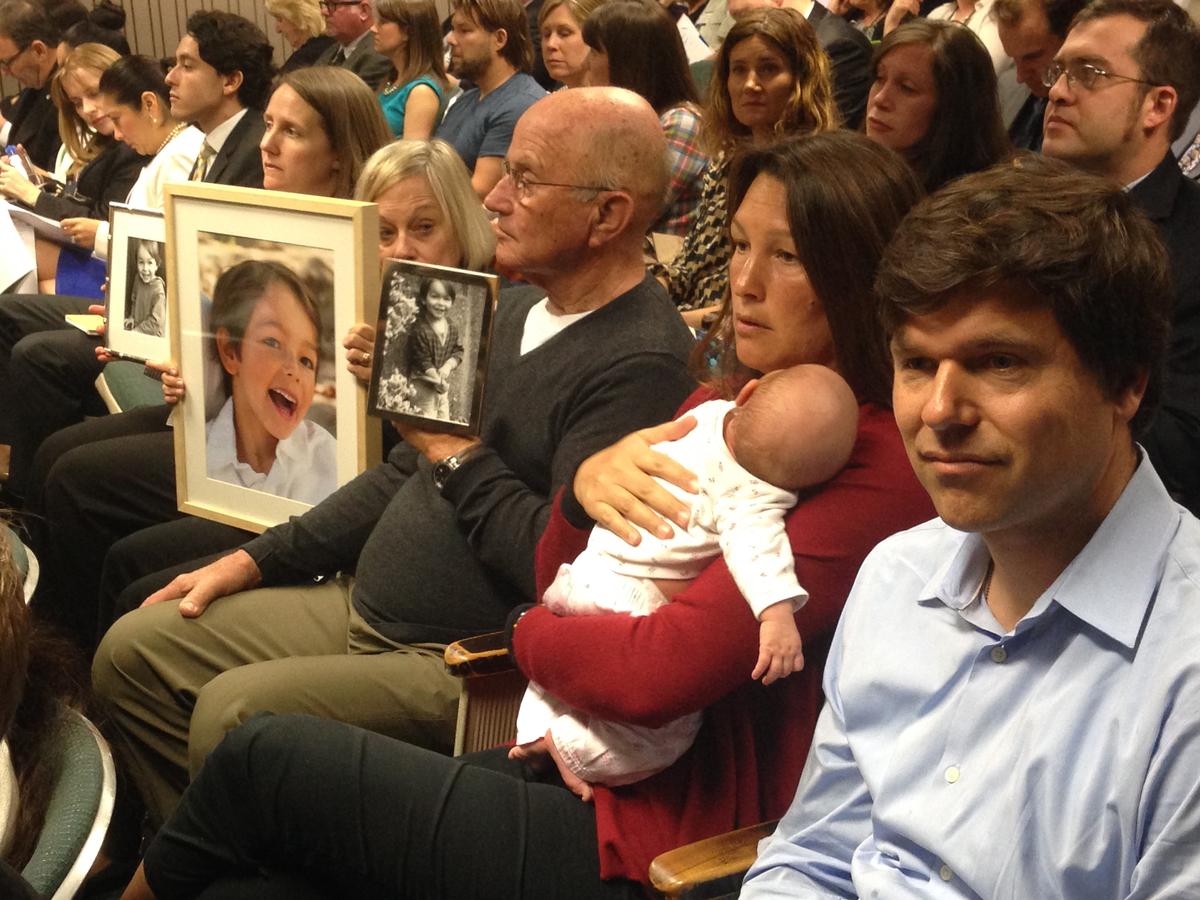 A child’s death and the power of the dental lobby

After their 6-year-old son died following a dental procedure, a Bay Area couple went to the California Legislature, hoping a new law could prevent other families from experiencing similar tragedy. What they discovered is that dentists hold surprising sway in Sacramento. The California Dental Association spent about $664,000 lobbying in California last year—more than the pharmaceutical industry trade group or the association for Hollywood movie studios—and dentists and related professional organizations poured at least $12 million over the last five years into California races. They also donated to help elect every lawmaker on the committee that ultimately watered down the Bay Area couple’s bill. Read more: 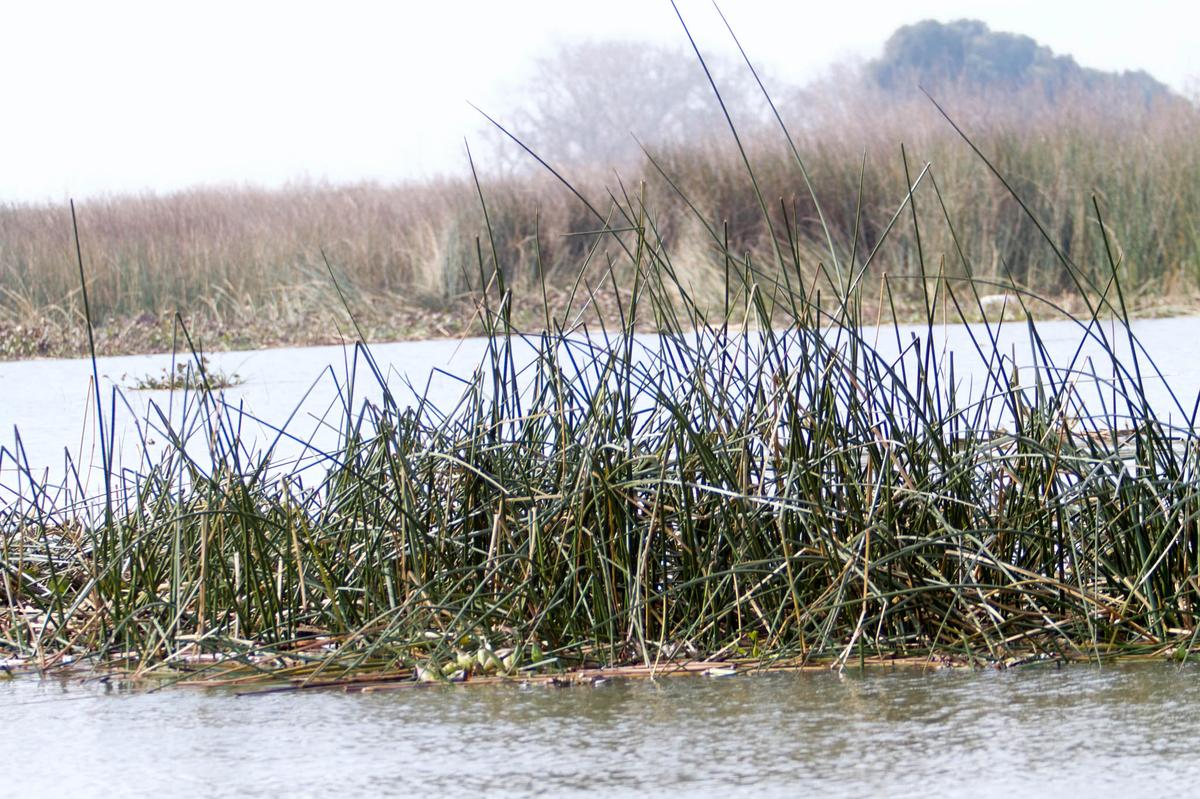 To save SF Bay and its dying Delta, state aims to replumb California

Given the current pace of water diversions, the San Francisco Bay and the Delta network of rivers and marshes appear to be ecological goners, with many of its native fish species now experiencing a “sixth extinction,” environmental science’s most-dire definition of ecosystem collapse. Once a vast, soaked marsh and channel fed by the gushing Sacramento and San Joaquin rivers, the Delta has diminished dramatically over the previous century as those rivers and their mountain tributaries have been diverted to irrigate Central Valley farms and Bay Area urbanity. Now the state aims to recalibrate the water flows that have drained vital rivers down to as low as 10 percent of their natural levels—just a fifth of the 60 percent flow scientists say is necessary to preserve the ecosystem. But officials acknowledge that plans are running “way, way behind.” Read more: 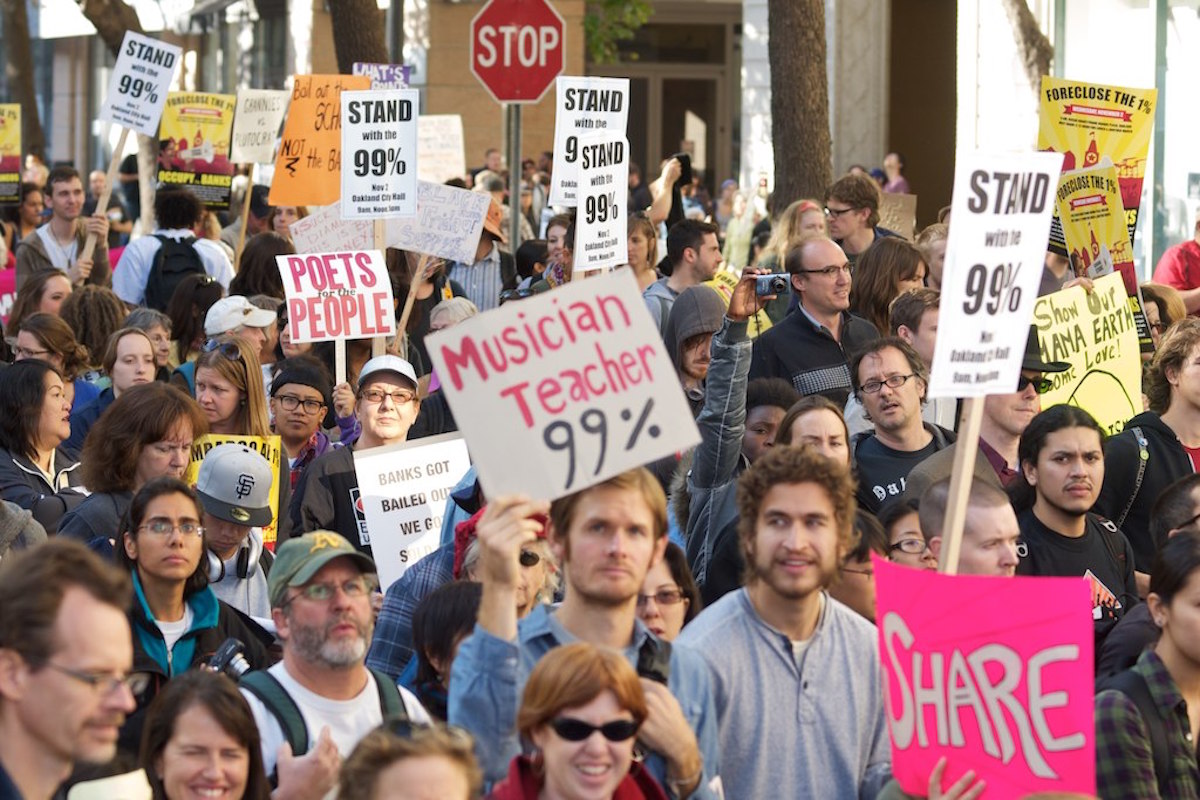 California’s rich-poor gap: The reality may surprise you

Where in California has the gap between rich and poor grown most since the Great Recession? The Bay Area, home of your Zuckerbergs and Steyers and some of the most expensive zip codes in the country, seems a logical answer—after all, what other part of California has minted as many members of the “1 percent” as Silicon Valley? But if you guess the Bay Area, you would be wrong. Read more: 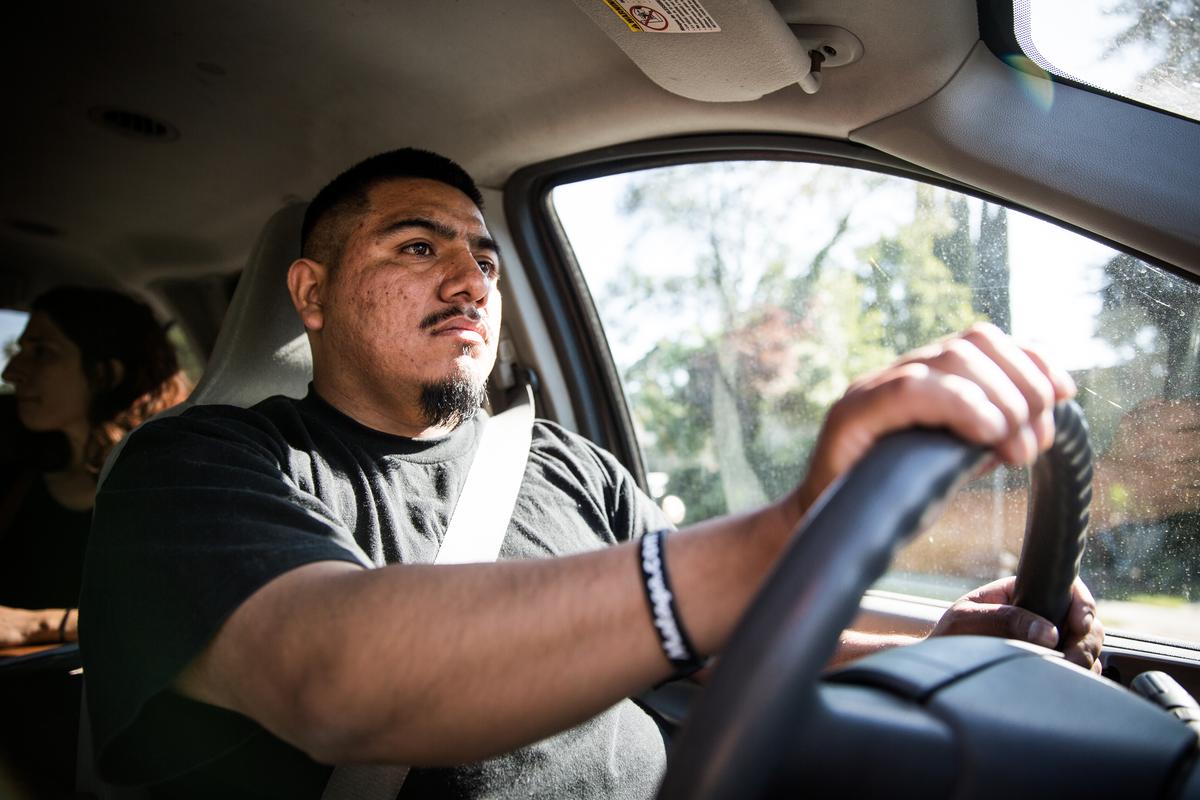 Fueling the dreams of the undocumented

Amid this election year’s highly charged debate over immigration policies, California stands out for the many rights state lawmakers have granted to an estimated 3 million undocumented residents. The suite of policies goes far beyond driving privileges, providing freedom of movement, work opportunities and protections, access to healthcare coverage and financial assistance for higher education. Read more: 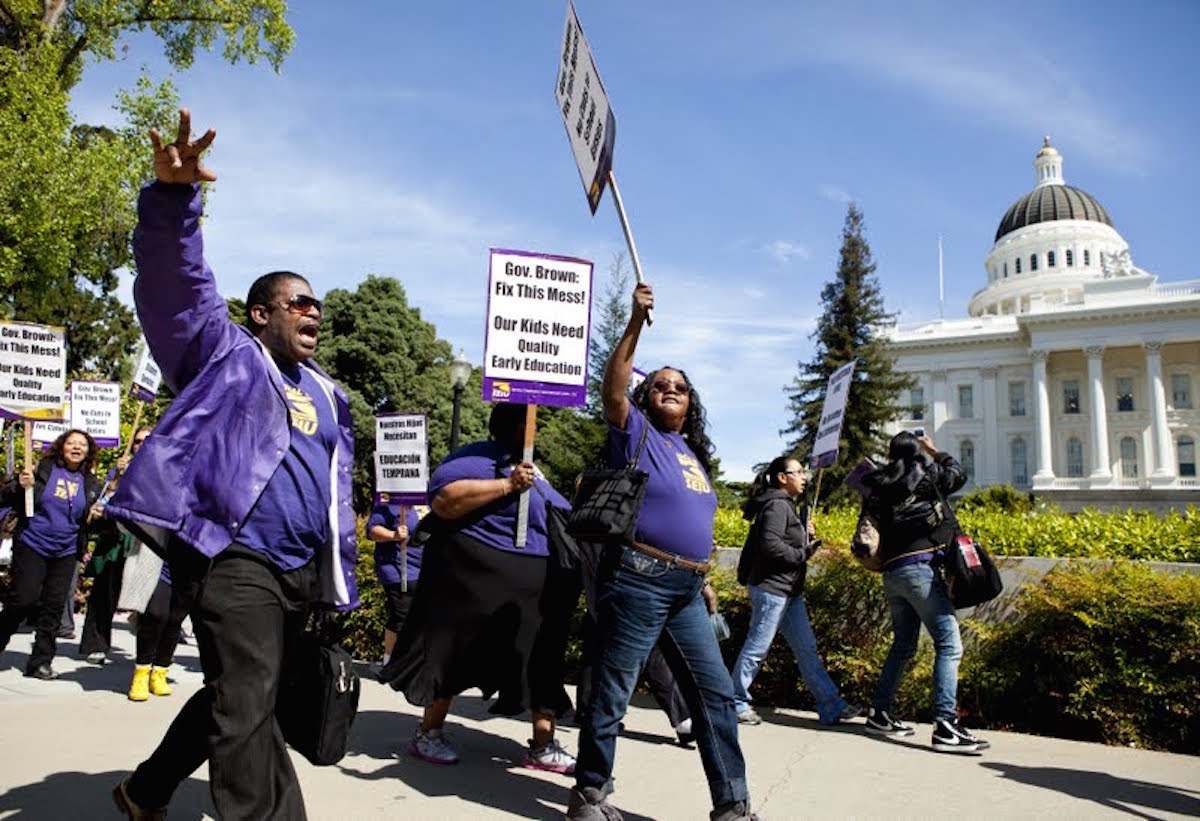 Questionnaires from interest groups are a staple of electoral politics. They’re used by unions and business interests and others across the political spectrum, from gun-rights and anti-abortion groups on the right to environmental and gay-rights groups on the left. And by locking potential legislators into a position before they’re even elected, questionnaires may also influence policy-making in a way that excludes the public and raises ethical questions. Out of view from voters, they can create private covenants between soon-to-be public officials and the groups that will lobby them. Read more: 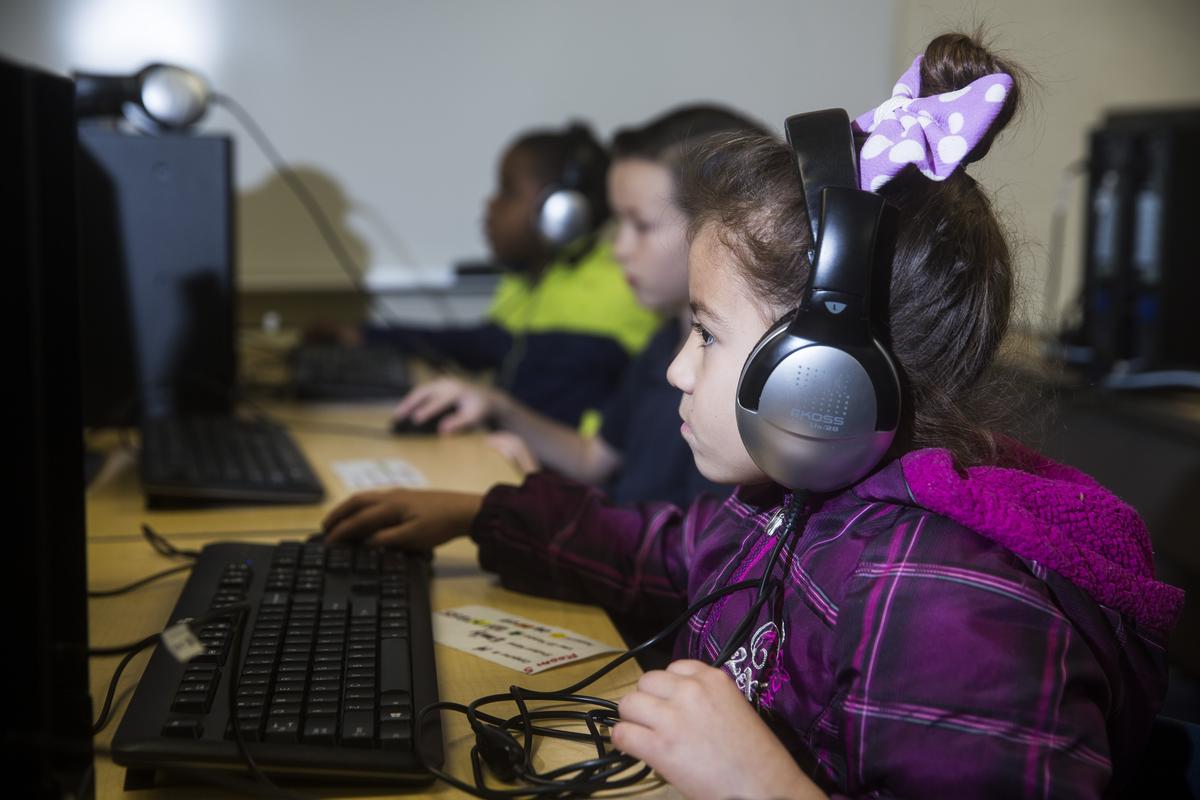 The price of education

Up and down California, public schools are enjoying a rapid rise in state funding. With the state’s economic gains and a temporary tax increase in effect, Gov. Jerry Brown’s proposed $71.6 billion education budget is up more than 50 percent in just a few years. Spending per student has increased to a projected $14,550. Schools that handed out tens of thousands of pink slips in the depths of the recession are now scrambling to find qualified teachers. Teachers are receiving raises and even signing bonuses, and schools are acquiring new counselors, librarians, textbooks and tech equipment. But California still ranked near the bottom nationwide in the nation for per-pupil spending, and educators see financial challenges ahead. Read more: 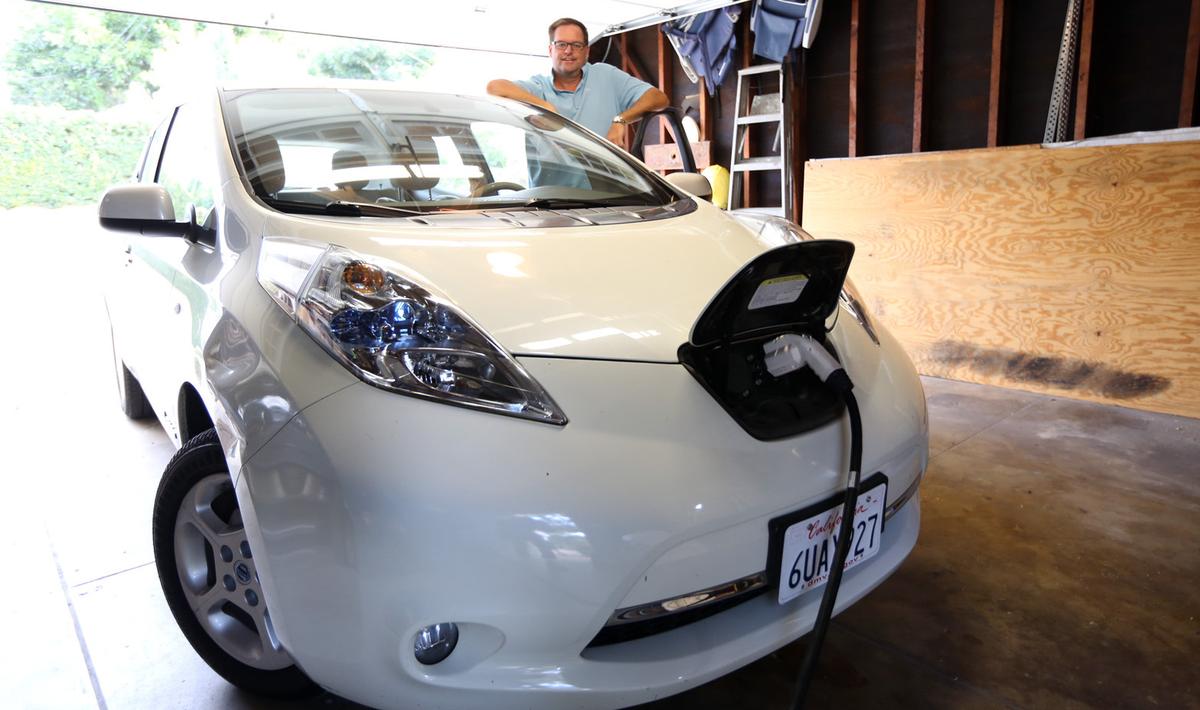 The Electric Highway: Why California is sputtering along

A half-dozen years into Gov. Jerry Brown’s futuristic vision of carbon-free transportation, California is encountering potholes along the electric highway—obstacles born from both practicalities and politics. Consumers, put off by high costs and concerned about limited range, just aren’t buying into the state’s ambitious aims. As a market share, hybrid electric and fully electric cars have been stuck at 3 percent of new cars sold in the state. Undaunted, the state intends that by 2025, just nine years from now, zero-emission cars will make up 15 percent of California’s new car fleet—a five-fold increase. Read more: 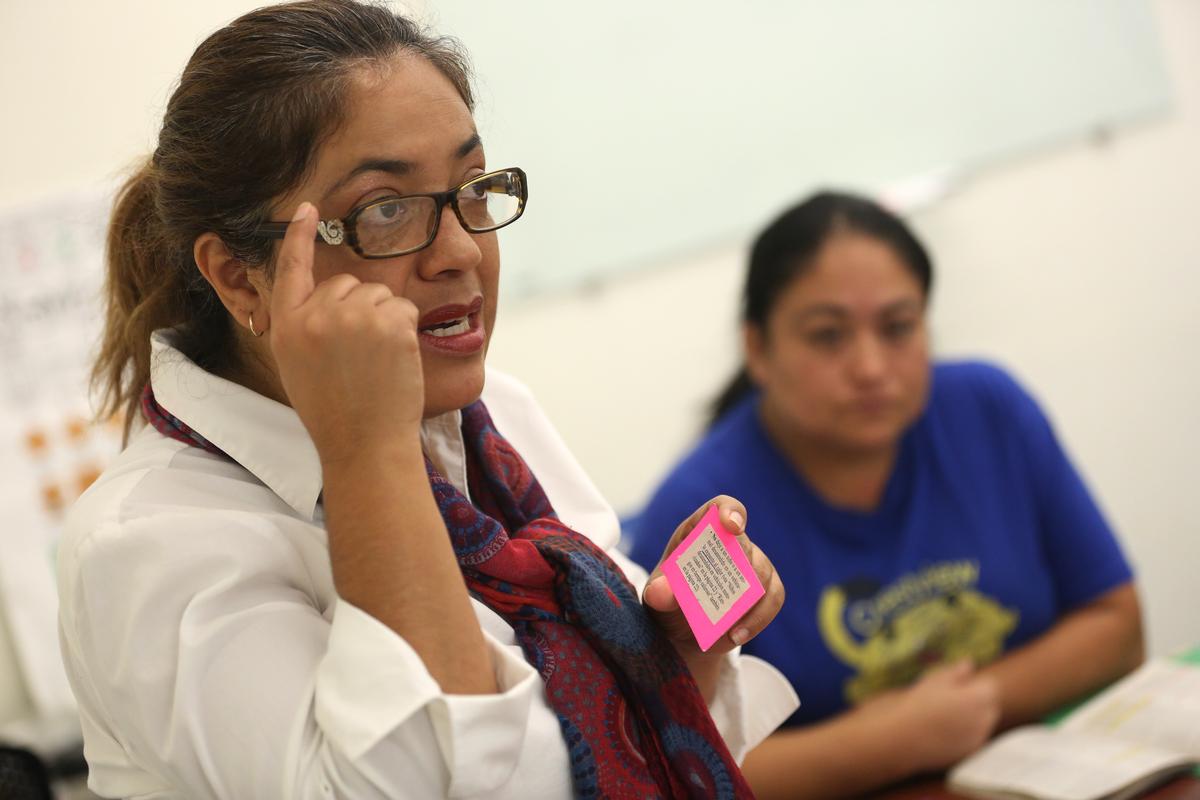 California is preparing for the possibility that the administration of President-elect Donald Trump—who campaigned on a promise to deport at least 2 million people—might demand access to various state databases that would reveal the names and locations of undocumented immigrants, such as the one maintained by the DMV. And in a state where Democrats hold the governor’s office and supermajorities in both houses of the Legislature, lawmakers say if the Trump administration does come knocking for such state data, their answer will be a vociferous “no.” Read more: 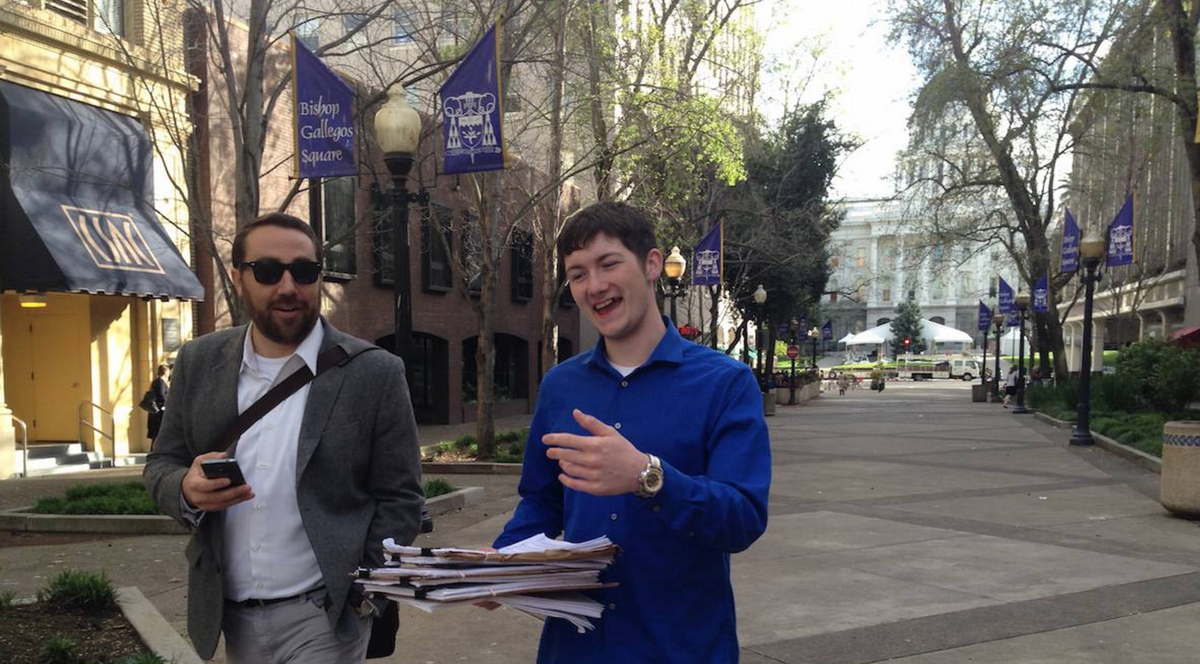 Why your signature is worth more than ever

It’s another sign that California’s system of direct democracy has evolved far from its populist roots: When the state adopted the initiative system more than 100 years ago, the goal was to empower citizens to make laws themselves and circumvent the powerful interests that held sway over the Legislature. Instead, ballot initiatives today are so expensive they are now primarily used by the same interests they were meant to avoid. Read more: 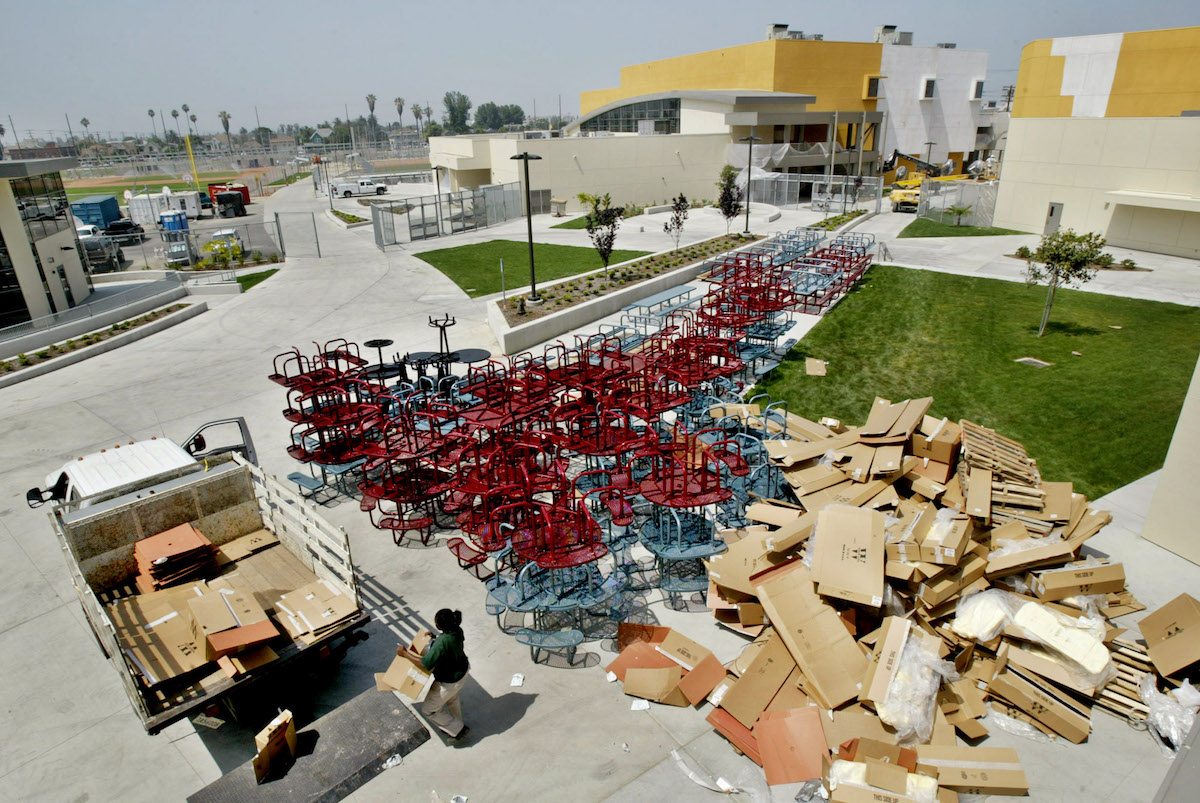 It’s tough for California voters to say no to more money for school construction. This month they passed a $9 billion package for classroom repairs and upgrades—but Prop. 51 was placed on the ballot by developers looking out for their own interests. It locks in an outdated system that was designed for a time when the student population was growing, and its application process may limit poor districts’ chances of claiming their fair share of the money. Instead of prioritizing projects for needy communities, the state will dole out these bond proceeds the way it always has: on a first-come, first-served basis. Scores of well-off districts are already in line, and small, impoverished ones have no one in their corner helping them navigate the complicated application process. That means some worthy repair projects may never see a dime. Read more: 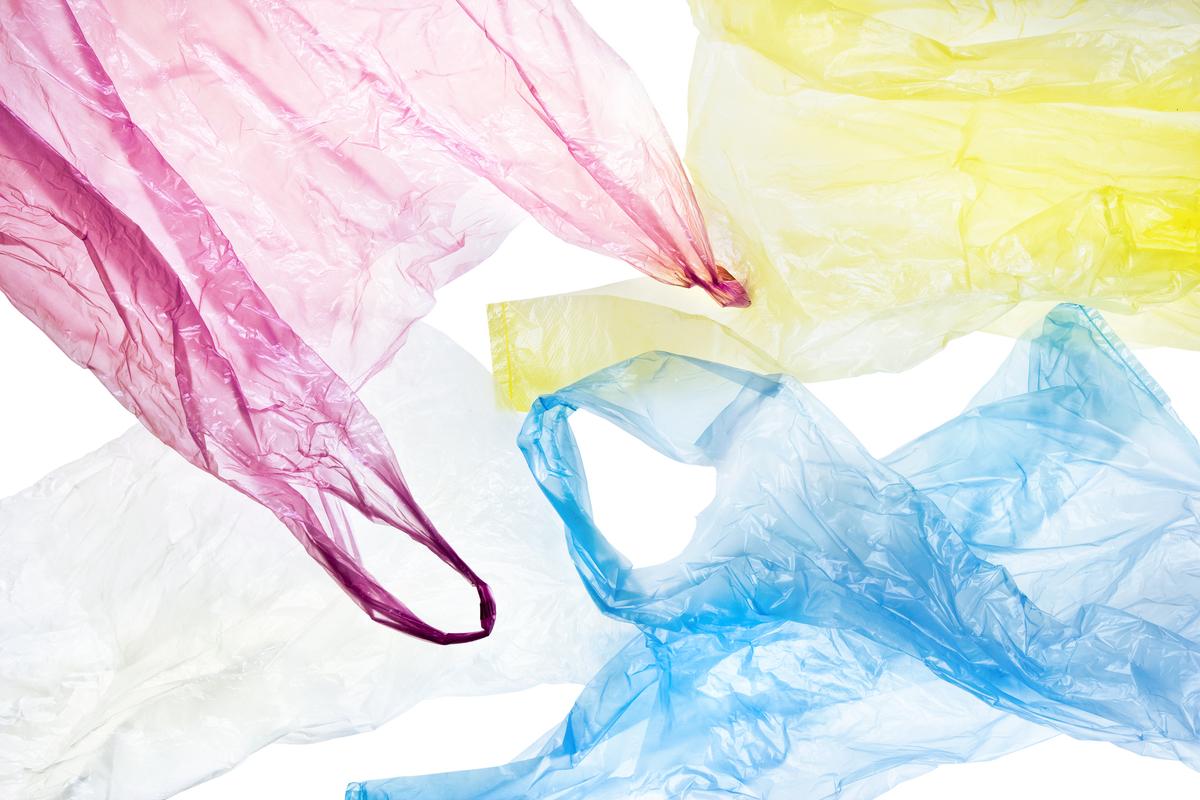 Pity the Plastic Bag: Californians seal its fate with a ban

Oh, to be a plastic bag. Helpful, ubiquitous and ever useful. Carefree, wafting on the wind, and alive for a thousand years. On the other hand, you are cheap and trashy. Discarded, your presence mars beautiful landscapes. You and your trillions of clones clog sewers, accumulate in the worlds’ oceans, and entangle and choke wildlife and sea creatures. California banned your flimsy presence in the Golden State, consigning you to an environmentally-sensitive death by recycling. But, as shoppers know all too well, getting rid of plastic bags isn’t that easy. Read more

California prepares to shift away from natural gas, while keeping power reliable and affordable