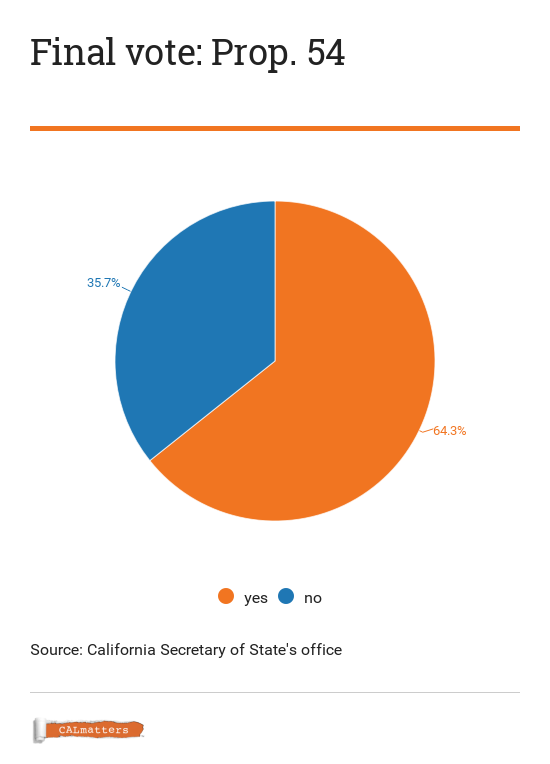 Most bills winding through the Legislature follow a months-long process with multiple votes by lawmakers and lots of opportunity for the public to give input. But not always. The political majority (currently Democrats) can waive the normal rules and jam bills through at the last minute with little public scrutiny. It’s not uncommon for lawmakers and lobbyists to write brand-new bills in the session’s final days and push them to a vote before the public has much chance to weigh in.

Prop. 54 tries to put a stop to last-minute law-making by requiring the Legislature to publish a bill in print and online for at least 72 hours prior to a vote on the bill. (The measure makes exceptions in cases of public emergency.) It also would require the Legislature to video record all its public sessions and make video archives available online.

Roughly $1 million to $2 million initially for equipment, plus about $1 million annually for making the videos and storing them online.

Charles Munger Jr., a prominent Republican donor from the Bay Area, paid to put this measure on the ballot.

It would make government more transparent by giving the public time to review bills before they become laws.

Advance notice could cause delicate political deals to unravel by giving interest groups ample time to lobby legislators before they vote.