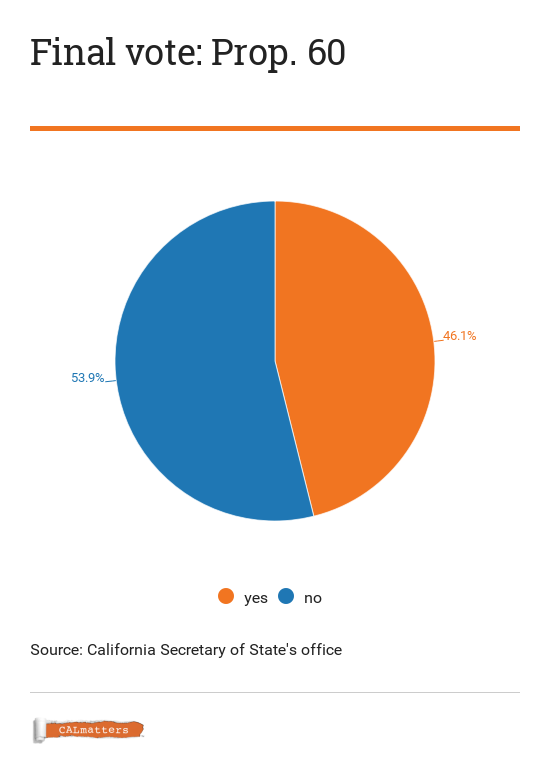 This is the rare ballot measure that requires you to think about sex. Because here in California—home to a $9 billion pornography industry—that most personal of acts is also a jobs issue and a public health concern. Four years ago, Los Angeles County voters approved a measure requiring adult film performers to use condoms. The longtime AIDS activist who pushed that measure has taken his fight statewide with Prop. 60.

What would it cost state government?

Additional regulations on adult film production would cost more than $1 million annually. In addition, state and local tax revenue would probably drop by several million dollars a year if productions move out of state or go underground to evade the condom mandate.

The Los Angeles-based AIDS Healthcare Foundation put Prop. 60 on the ballot after failing to persuade the Legislature to pass a statewide condom requirement