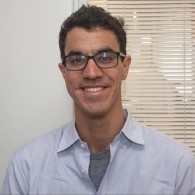 Ben covers California politics and elections. Prior to that, he was a contributing writer for CalMatters reporting on the state's economy and budget. Based out of the San Francisco Bay Area, he has written for San Francisco magazine, California magazine, the San Francisco Chronicle, and Priceonomics. Ben also has a past life as an aspiring beancounter: He has worked as a summer associate at the Congressional Budget Office and has a Master’s in Public Policy from the University of California, Berkeley.

As California’s coronavirus curve bends, Newsom’s not ready to be the bearer of good news

The latest by Ben Christopher

How to win California: A guide to the nation’s largest presidential primary

An earlier say: Race to the White House runs through California

It’s Super Tuesday: Your guide to the California Primary

Fact check: Trump hits and misses as he campaigns for re-election — and against California

Want to vote for president in California but bewildered by the changing rules? Here’s how it works

Fact check: Trump hits and misses as he campaigns for re-election — and against California

Californians realize it may take three months or longer before life gets back to normal, poll shows