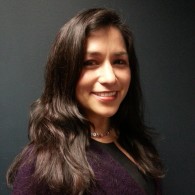 Elizabeth Aguilera is an award-winning multi-media journalist who covers health and social services for CALmatters. She joined CALmatters from Southern California Public Radio/KPCC 89.3 where she produced stories about community health. Her reporting there revealed lead-tainted soil on school campuses near a former lead battery recycling plant that spurred district action. Previously Aguilera was a staff writer at the San Diego Union-Tribune where she covered immigration and demographics. At the U-T, she won a “Best of the West” award for her coverage of sex trafficking between Mexico and the United States. At the Denver Post, where Aguilera wrote about urban affairs and business, she was named a Livingston Award finalist for her reporting on the aftermath of Hurricane Katrina. Aguilera has also worked at the Orange County Register. She is a Marshall Memorial Fellow and an International Center for Journalists alum. She is also a lifetime member of the National Association of Hispanic Journalists. The L.A. native is a graduate of Pepperdine University and the University of Southern California. She lives in Los Angeles.

The latest by Elizabeth Aguilera

“The rhetoric is so toxic:” Newsom lands in El Salvador as Trump moves to end aid there

A slew of firsts in Gov. Newsom’s weekend trip to El Salvador

Beyond the tampon tax: How far will California go to end “menstrual inequity”?

How Cal State is navigating the coronavirus: Your questions answered

Newsom: I have a responsibility to do better

‘Hella connected’: How California lawmakers are governing from home